Who is Felix Assouline you ask?

Felix first started out in the cigar business in 1997 on the retail side. His first store in Dania Beach, Florida sold all the premium brands and launched him into 3 additional stores in South Florida over a 6 year span. During that time he also ran a successful wholesale cigar business. Felix’s passion for a great smoking cigar drove him to try every cigar he possible could and as he did, he developed an intricate knowledge of cigar construction and how different leaves affected the flavor of the cigar.

With that insight, Felix opened his own factory in Danli, Honduras in 2004 and began making his own cigars. Felix introduced 2 successful brands, one of which being the original EGO, which received a 90 rating in Smoke Magazine in the September 2006 issue.

In 2007, Felix decided to sell everything and focus all his attention on his greatest love, his family. After enjoying incredible family moments for 6 years, he decided it was time to get back into the cigar business. This time, Felix wanted to focus all his efforts on fulfilling a dream of creating his own blends to achieve one goal: create the best premium cigars on the market…

The story is much more involved and I hope to do a spotlight on Felix and FAC in the upcoming weeks but for now I want to spend some time on reviewing a few of their world class cigars.

I was told about FAC through a BOTL on social media and he spoke very highly of all of their cigars. As life got busy I sort of forgot about them until I saw a post online for the II Saints cigar. Felix replied to one of my comments and directed me to the online store which happened to be down that day. We struck up a conversation and I placed an order via DM and we have chatted a couple of times since. Felix is a great man and very down to earth. I received my order yesterday and could not wait to try them all. First thing I noticed was the construction of the cigars. These are some of the most well constructed cigars I have seen. Right away you can see the quality of the cigar and the artwork of not only the bands but the sticks themselves.

I decided to try the cigar that sparked my interest in the first place, the II Saints. This cigar is available in 5 sizes but I chose one in particular and for a very specific reason. The La Petite Mort 5 x 52. Why you ask? If any of you follow me online you know that I am a music head. I love all types of music (well mostly) and if you are fans of Metal you may have heard of a band from Flint called King 810. Their sophomore album is titled La Petite Mort or A Conversation With God. For that reason alone I had to go with it. I exchanged a couple of messages with Felix and he asked me if I knew what La Petite Mort meant in French and I said yes and told him. He said “Yes, but the French use it in a much different way”. I found that it means “the brief loss or weakening of consciousness” and in modern usage refers specifically to “the sensation of orgasm as likened to death”. The expression comes from French, in which it literally means “the little death”. When you smoke this cigar in this votive you will clearly appreciate this history lesson. LOL.

Made in Nicaragua the II Saints features a beautiful dark brown Jamastran Criollo 98 wrapper with a Jamastran binder and Jamastran / Jalapa filler. Never heard of Jamastran? I hadn’t either so here is a little info on that.

“II Saints is produced in our factory in Esteli, Nicaragua with Tobaccos grown from our farm in Jamastran, Honduras.
The valley in Jamastran is known for its flavorful tobaccos which feature a sweetness and strength inherent in each puff. II Saints Cigars are all box pressed like most of our brands. II Saints feature a Lijero dark wrapper marking the cigar as a unique find in the cigar world.” 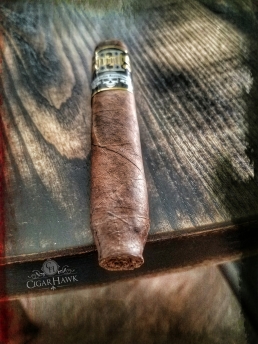 So before I get too far into this let me preface this by saying that I had every intent of giving a detailed review on this cigar, however…Apparently my palate needs some serious work and expansion because this cigar was unlike ANYTHING I have ever tasted before. Holy     $!#@. As you can see from the photos, the cigar is a beautiful dark brown with an awesome band (shown above credit halfwheel) and it smells of barnyard hay, earth and a faint sweetness. I used a Xikar guillotine cut and matches to get it started, finished with a Xikar dual flame to finish. The first draw hit the me with a ton of flavor. There were certainly notes that I have had in other Nicaraguan cigars but the Jamastran adds and different level to this cigar. I can’t pinpoint what it is or really how to explain it so you just have to try it for yourself. There is a spice that hits the tongue and lingers for awhile but is balanced by a sweetness that makes it creamy and smooth. It is certainly full bodied and full flavor for sure. I was surprised at how complex and different this cigar truly was. As I made my way through the first third, the flavor remained the same throughout. Tons of flavor, sharp burn line, draw was good with a bit of resistance, and a good amount of white smoke.

As I moved into the second third, it turned just a bit to more of a woodsy/spicy blend. I didn’t pick up as much sweetness but the flavor was still complex and kept me interested. Ash held for more than 1 inch before I initially dropped it. I was in my garage with the heat on due to the cold weather and the cigar seemed to need that extra air to keep it going. The burn line stayed completely even throughout the cigar which demonstrates the quality of the construction of this cigar. 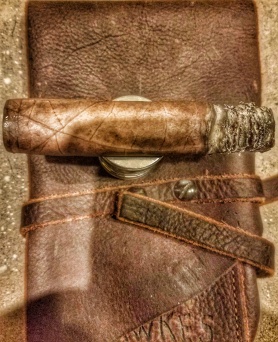 Moving to the final third of this beauty and it stayed true to the first 2 thirds. A bit of the sweetness returned and the flavor never truly changed but it was complex enough to remain enjoyable for the entire smoke.

Warning: I found myself not wanting to put it down for long trying to figure out what I was tasting and I will say this, as a medium to full bodied smoker, this cigar does pack a punch and will test you if you are not use to full bodied smokes. Take your time with it. You have been warned. I did not get sick but this stick is very capable of it if you rush it or are not use to a smoke this strong.

Final thoughts. I really enjoyed this cigar. It was full bodied and has a lot of flavor from start to finish. I smoked this cigar down to less than 1 inch and the flavor profile remained true to the end. The blend is complex and tasty and people with a more experienced palate may be able to pinpoint all of the flavors, I could not. I will say that the Jamastran / Jalapa filler adds a level of flavor that sets this cigar apart from anything I have tried and I was not the least bit upset by that. I would recommend this cigar to anyone. Felix Assouline has a reputation of making World Class Cigars and I have heard this from many people I respect in the community. Again, proceed with caution on this one as far as strength goes but it is a Box worthy smoke for me for sure.

Hope you enjoyed the review and as always, I welcome comments, other reviews, questions etc. Now the challenge is, which one to try next? Felix sent me a special gift and asked me to review it so maybe we go with that one next. As always with cigars, so many great choices, so little time to smoke them all! I can think of worse problems. Have a great one folks. Peace! 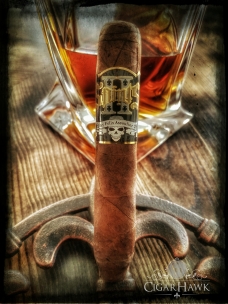 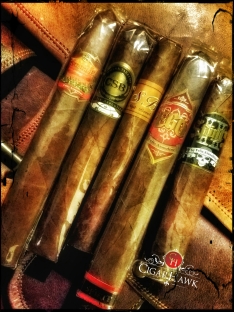