Globally recognized as the iconic face of the award-winning television drama, Downton Abbey, Highclere Castle is now producing a cigar reminiscent of those enjoyed at Highclere Castle during the 19th and early 20th centuries.

To create and produce the cigar, Highclere Castle Cigar Company has partnered with world-renowned cigar producer Nicholas Melillo, the former head of Drew Estate Nicaragua. Nicholas formed Foundation Cigar Company in 2015 to craft hand-made cigars in Estelí, Nicaragua, and this is the latest in Foundation’s exceptional line.

George Carnarvon, the current 8t h Earl Carnarvon, owner of Highclere Castle and farmer of the 5,000 acre estate, is an active partner in the endeavor. “Having had the opportunity to visit Nicaragua and tour the tobacco fields and factories where our cigars are made, I’ve gained a deep appreciation for the passion and skill that goes into making a super-premium cigar. The cigar itself is an excellent representation of that, and I think my ancestors would be proud it bears the Highclere badge.”

  Highclere’s rich cigar history goes back to 1862, when cigars were first introduced to England. The tradition at Highclere Castle has always been to retire to the library after dinner for a cigar and whiskey. In 1922, the current Earl’s great-grandfather undoubtedly celebrated his and Howard Carter’s discovery of King Tut’s Tomb with a cigar in hand. Recently, Highclere Castle’s archivist discovered letters and personal account records of the Carnarvon’s cigar purchases in the early 1900s from dealers in London as well as the Ritz Hotel.

Melillo subsequently crafted a cigar that reflects that historic flavor profile and smoking style. The Highclere Castle Cigar is hand rolled in Estelí, Nicaragua, using a Connecticut Shade wrapper, and both Criollo and Corojo from the volcanic soils of Jalapa and the island of Ometepe. The binder is made from Mata Fina, a dark tobacco from Brazil. The blend is finalized with an exclusive hybrid seed the company has named Nicadán. The resulting smoke is exceptionally creamy and elegant, with notes of pepper, citrus, leather and fireplace.

I did not review this cigar when I first smoked it but I was immediately impressed with it. I missed meeting Nick at Famous Smoke Shop but I was able to pick up a few cigars after the event. This was one of them. If you don’t know who Nick Melillo is here a is quick bio. Born in Connecticut, he started his cigar journey at a small brick and mortar store in 1996. In 2003 he was hired by Jonathan Drew to run the Drew Estate Factory. Over the years he began blending and helped develop the Liga Privada, and the Dirty Rat. Arguably 2 of the most popular cigars from DE. In 2014 Nick built a consulting firm and in 2015 he started his own company, Foundation Cigars. Over the last 2 years he has released some of the greatest cigars I have smoked.

I was curious about the outcome of this project but I knew it would not disappoint. I finally sat down today and reviewed it. Let see what we get. 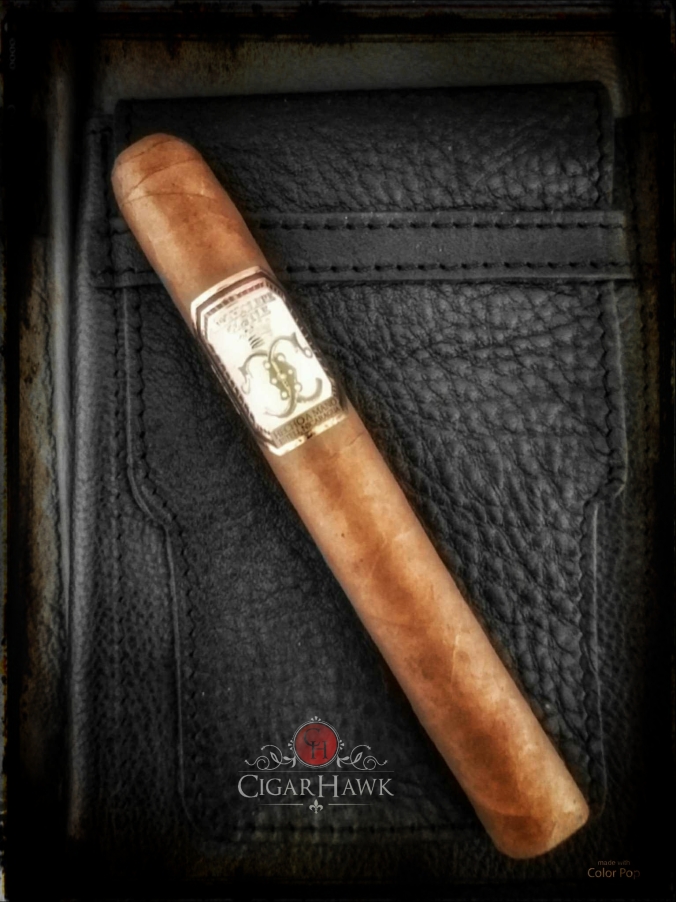 Appearance: Silky smooth medium brown Connecticut Shade wrapper with a few veins, a few noticeable bumps and tight seams. There is a small defect about halfway up but that was my fault. The band is very elegant and works well against this wrapper. It is a very elegant looking cigar.

Pre-Light: Cigar is firm with no soft spots. It feels light in the hand. I pick up notes of hay, natural tobacco, earth, and cedar from the wrapper. The foot offers more of the same mixed with a little pepper and sweetness. I decided on a hole punch this time and it proves a nice option as the draw is great. A slight resistance but not hard. I pick up hay, pepper, earth and cedar from the cold draw. Time to light this one up and enjoy.

1st Third: Big blast of pepper hits the palate right off the bat. I did not expect that at all. A very woodsy, sweet cedar and a touch of sweetness enter the mix and start to tone down the pepper nicely. This is a very creamy and distinct flavor profile that is mild/medium in strength. As I move further into it, more cedar and a dark chocolate mix for a nice combo. The draw is still great, the burn is sharp. I am getting nice smoke production from this cigar but the ash does not hold for very long. Twice it got me about 1/4 inch in. Be careful if you are wearing a nice shirt. 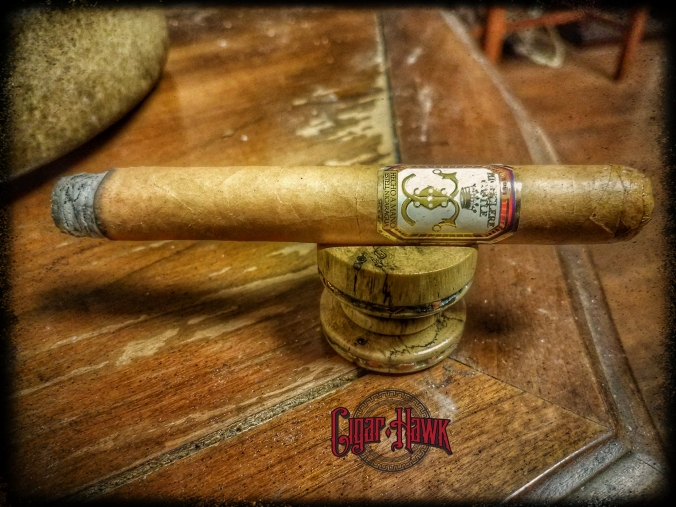 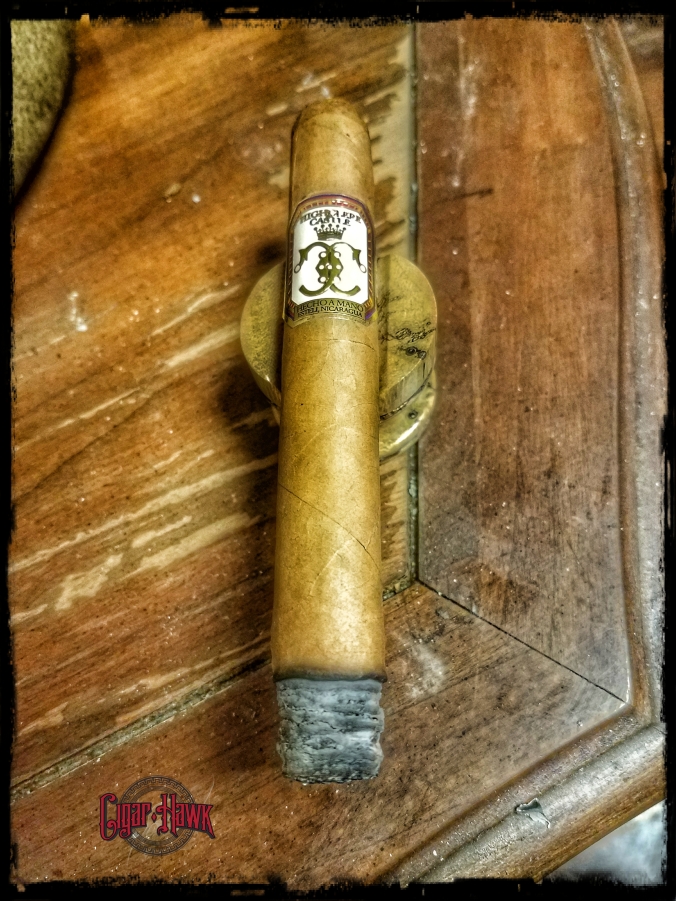 2nd Third: No huge changes as I transition into the second third. The pepper was really toned down, cedar, hay, and cocoa take the forefront. I am getting a grassy/floral type of sweetness that I cannot pinpoint. There is a slight citrus note that also comes in but does not stick around for long. The draw is still great, the burn is a little wavy but nothing crazy, strength is still mild/medium. 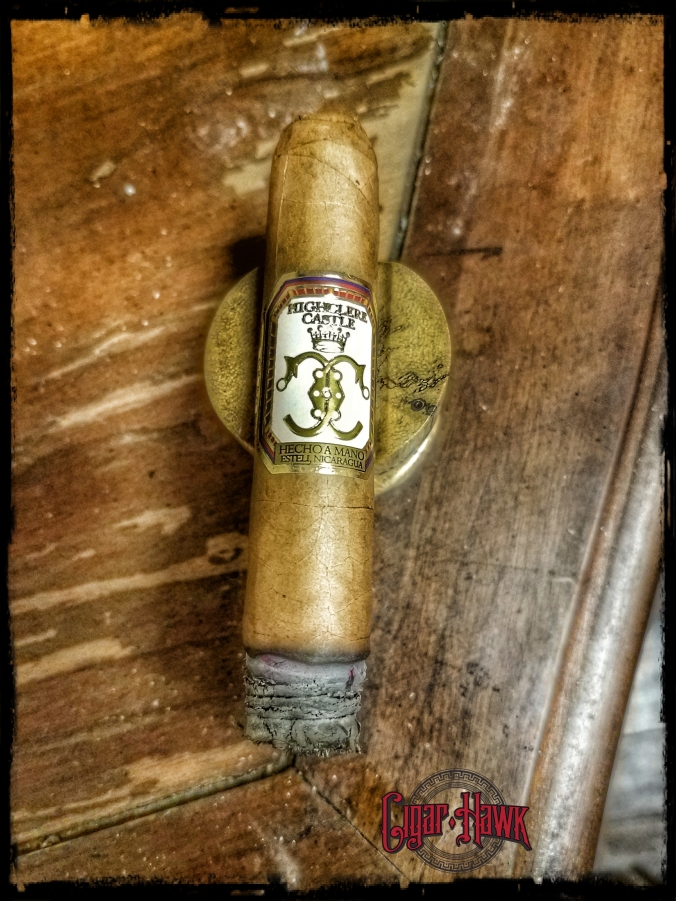 Final Third: Again it stays pretty consistent. I continue to get cedar, hay, cocoa/coffee, some earth notes and a little bit of pepper. The floral notes fade in and out throughout the final third. Everything performance wise is the same. The strength has increased slightly to a medium for sure. I end it with less than an inch left to go. 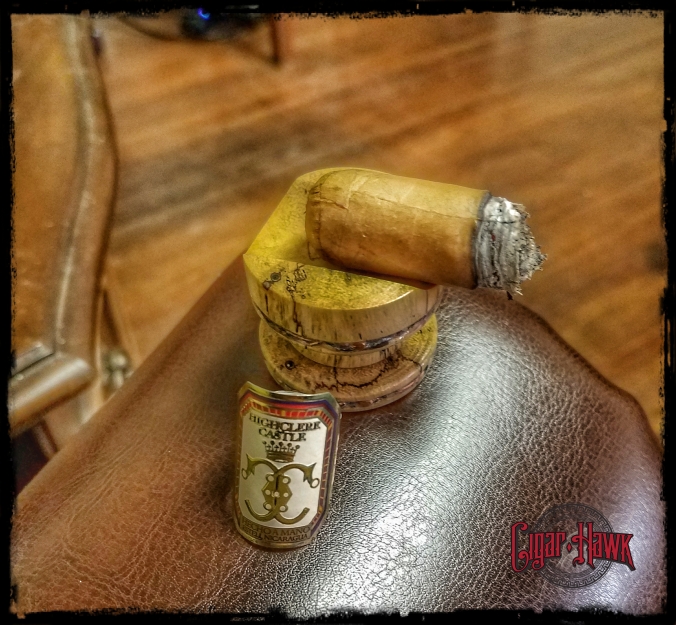 Final Thoughts: Don’t expect a lot of crazy changes from this cigar. It is not going to switch up from third to third. I find this blend to work very nicely and it is complex enough to make it interesting. For someone that does not typically smoke Connecticut cigars, I enjoyed this one a lot. Don’t let the price point deter you from trying this cigar. If you don’t usually smoke Connecticut’s, I recommend this as a first cigar of the day. I think it would go great with a nice coffee. The performance of this cigar was great from start to finish. Perfect draw, nice even burn with no touch ups required and great smoke production. The ash does not hold for very long, at least it didn’t for me so be cautious. I found this to be a complex cigar that is great for most cigar enthusiast. It is probably a bit complex for beginners and at the price point I don’t think it would be appreciated for what it is. I encourage you to pick one up and try it for yourself.

So there you have it. The Highclere Castle from Foundation Cigar Company. A great project from Nick Melillo and another great cigar that I am sure I will enjoy again. I will certainly have these in my humidor. I hope you enjoyed the review. Feel free to comment and share this post. Don’t forget to follow us on social media and join the CigarHawk group on Facebook. Until next time, long ashes and full glasses! 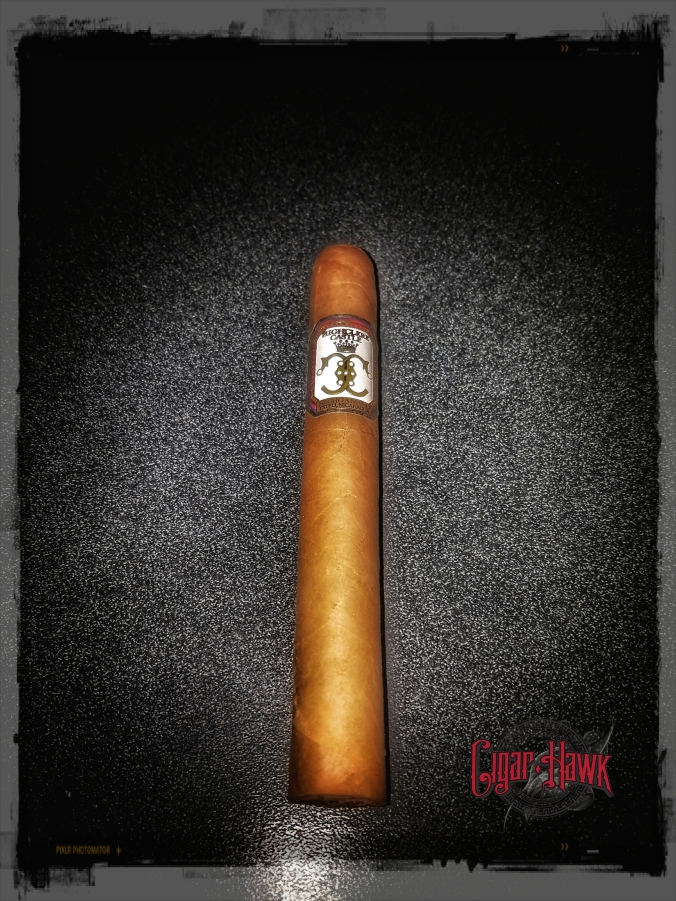