“Global Premium Cigars is a tobacco company Proudly Nicaraguan, which owns the most renown and prestigious brand 1502. Truly a Nicaraguan treasure.

In our Premium brand 1502, you will find three tobacco lines with the highest quality, where the sowing process, harvest, curing, aging and selection of each tobacco leaf is our major concern. It takes more than five years from the time of its sowing until the time you can enjoy one of our fine cigars; this is why patience is one of our greatest virtues in the art of tobacco production.

In our brand 1502, you will find three lines totally different from each other, being 1502 Emerald the “Fina Fuerte” (Fine Strong), 1502 Ruby of medium strength and 1502 Black Gold with strongest character. Three spectacular bindings that exclaim the Nicaraguan flavor, which will delight at all times and will make an unforgettable experience. So Why 1502? When Christopher Columbus discovered Nicaragua in 1502, he not only discovered a paradise land where natives with their rich cultures lived, he also discovered a new world full of riches.”  (Taken from their website.)

I was unfamiliar with 1502 in the sense that I had not tried any of their cigars until the past few months. I purchased the Emerald, Rudy, Black Gold, and Blue Sapphire. I tried all of them with the exception of the Blue Sapphire in a short amount of time and I can say that 1502 makes a great cigar.

I let the Sapphire age a few months in the humidor and I finally decided it was time. Looking at it, it is a beautifully constructed cigar that is completely Nicaraguan. Wrapper, Binder and Filler are all Nicaraguan which I found very intriguing. Unlike the other 1502’s the Blue Sapphire is not a box pressed stick.  It is a 6×52 Toro Gordo and retails for around $13. It is nice dark brown which really makes the beautiful blue and silver band stand out. There are some medium veins and I pick up faint notes of earth, straw and cocoa from the foot.

I decided to try a new cut with this one. I used a v-cutter and made 2 cuts making the X cut. It worked out well and the draw was open with a touch of resistance. The cold draw produces notes of earth and cocoa. I used a match to start and touched it up with a dual flame torch.

The first draw provided woodsy, earthy and cocoa notes. I picked up a little pepper but overall the flavor was nice and medium in strength. As I moved into it a bit, the wood and pepper picked up a bit and made for a nice mixture. This wasn’t something I picked up on the cold draw so it was a nice surprise.The burn line was uneven in places but evened out in time and the ash held for about 1 inch but was prone to dropping off without much notice.

As I moved into the second third, it was very much consistent with the first third of this cigar. The burn and draw were great. Moving into the final third, the flavor really revealed itself.

The final third produced a combination of woods (maybe cedar and oak) with a nice pepper, earth, and a subtle cocoa. The pepper and wood really take over through the final third making this more of a medium-full strength.  As I closed in on the 1 hour 50 minute mark, this cigar ends with a nice woodsy cedar, cocoa and pepper. 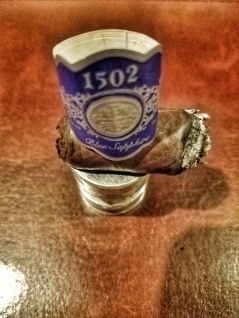 Overall this was not a very complex blend with a ton of crazy changing flavor profiles as you transition from third to third. It stays relatively consistent with some subtle back and forth from the cedar/oak taking the forefront to the cocoa/earth moving up with a subtle pepper in the background. I thought it was a solid cigar with a nice flavor and a medium to medium-full strength. I would smoke this cigar again. The price point of this cigar makes it hard to be a box worthy or rotational cigar for me. I think beginners could transition into this cigar pretty easily and more experienced smokers would enjoy it for what it is. A medium to medium-full Nicaraguan cigar.

I paired this cigar with water for the first half and Angels Envy bourbon for the final third which really brought out the pepper in the bourbon and the cigar. As a fan of spice, I enjoyed the pairing. 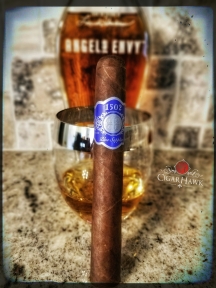 As the man Enrique Sánchez says, “Relax and Enjoy” this cigar and let me know what you think. Drop your comments, reviews and thoughts here. Be sure to follow us here and on social media. Until next time, long ashes and full glasses. Peace. 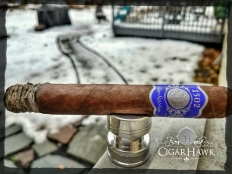